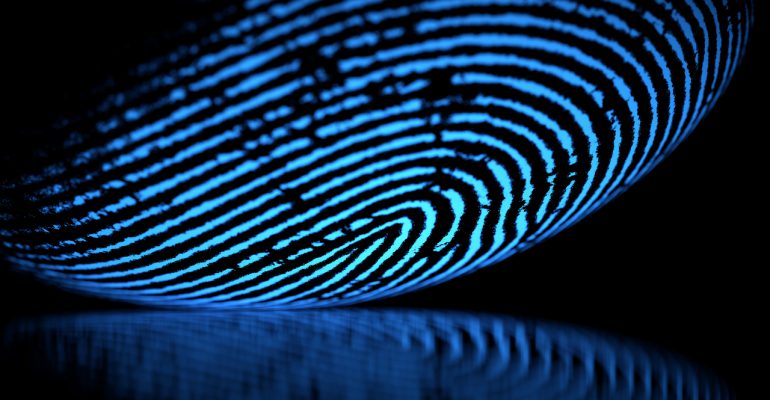 Every human being, at their core, has an innate desire to understand their true purpose in life. A primal driven instinct that propels them through the madness and beauty of life with this one tenet brushing upon their subconscious – what is my purpose in life? What is my identity? The fact is that our diversified nature creates anomalies in all of us. Some of us truly do not care, and take life as it comes. Others, are fully focused on a myriad of practices that try to understand this very purpose. As for me, I feel I have answered this question however, what does that say about my identity?

Growing up as a promising 5 year old rascal in the streets of Buru Buru phase 2, Nairobi, Kenya was an exciting time in my life. Every day was spent in a relatively carefree environment. Every passing moon was an opportunity to explore the world around me. Sometimes it would be disturbing the neighborhood dogs in order to experience the thrill of the chase, or hunting for fish (oftentimes catching tadpoles instead) at the local resident open drainage pipes. Other times, the chosen adventure would be climbing trees and searching for whatever fruits were in season at the time; mangoes, guavas, passion fruits (or granadillas for the more refined reader) at the expense and dismay of many fruit farmers around the area. Other times it would be eating spiced, roasted maize or chicken kebabs on long sticks, while preparing for the local neighborhood sports fest that included riding bicycles, sprinting, playing football (soccer for any American readers) and even loud singing contests.  Sigh, it really was a wild and utterly magnificent time in my life. Sweet, beautiful, Insouciant Bliss.

It was not until I got a rude awakening one day that I asked myself the question, what is my purpose in life? Sunday school had finished early that day and for some reason I could not figure out why my parents were not out of church yet. Usually, they would both be outside waiting for me after Sunday school. Due to the fact that I could not see them, in my young mind, I therefore concluded that they had left me at church and gone home without me. In order to solve this problem, I simply decided to take a bus home. I had no idea what that meant, so I walked to the bus stop outside the church premises and hopped on the first bus I saw. Later on, I found out that the bus destination was to Kibera. Kibera was one of the large and more prominent slums in Nairobi at that time. I sat on the bus, with my same blithe and switched-off attitude thinking that I had made the best decision of my life to get home. It was not until 2 hours later that I started to get really hungry and decided that I needed to alight from the bus and get some chips. At the exact moment that I was about to get off the bus and forage for food, a middle aged lady, with concern etched on her face, stopped me with a frantic growl, “Baby, where is your Mama? Where are you going?”

I looked up at her, without knowing what to say and I simply responded that I was hungry. She called me back to her, as the people on the bus watched, and then proceeded to give me the best chocolate bar created by mankind, Mint choc by Cadburry’s. She then proceeded to ask me a series of probing questions. She was able to ascertain that I had probably been picked up from All Saints Cathedral Church and that I needed to be taken back there since that was the most likely place that I got on the bus from. She paid the bus driver for my fee and then sat with me the entire way back. I thought nothing of it and just enjoyed the ride next to this wonderful aunty who had just solved my hunger problems with her heaven-sent chocolate. I got back to the Church, to my confused shock and to the utter relief of my crying mother, 4 hours after church had ended. It was the first time I had ever seen my mother crying and I could not understand what was wrong so I started crying as well. My father looked at me with red rimmed eyes like he had just discovered a long lost treasure. I remember Aunty Chocolate having a long conversation with my mum and dad concerning everything. I also vaguely remember my parents handing the lady and bus driver some extra money for their troubles, thanking them profusely for the heartache I had caused. I remember the bus driver’s weather-beaten and grumpy face at the situation and I also recall Aunty Chocolate’s face, warm and caring. Mentioning this story now brings back memories of a time of turmoil that had wrenched me out of my nonchalant existence and got me thinking about how my entire life could have changed in the blink of an eye if it were not for that angel on the bus.

A lot of us go through life like 5 year olds, not truly asking ourselves the right questions because we do not really bother to. Why we do the things we do and the purpose we do them. The key note here is that the circumstances of my adventures allowed me to reflect later as a young man as to my purpose and why I was alive. It got me thinking about my choices and what impact all of those had on me and who I was becoming. It got me thinking to how a simple choice to get on a bus could have resulted in me growing up as an abandoned child in the slums of Kibera.

Growing up in a multifaceted cultural home, I also had to merge my thoughts of purpose and thus ask myself about my true identity. My parents are thoroughbred Ugandans, highly educated specialists in their respective fields, proudly traditional and glorious in their identity like the great empires of old. I however was born in Kenya, descended from the same royal stock but culturally attuned to the sharp and distinct sounds of the Kikuyu, Masai and Luo dialects, and the music that is the Swahili language. Due to this, I had a bit of an identity crisis in my later childhood years. When I would go home to Kampala Uganda for Christmas, my grandmother and my extended family there could not quite understand out why my Ugandan way of life was so strange and when I would return to Nairobi, my Kenyan friends would not quite let me into their circles whenever I could not understand their vernacular references or jokes. It was a tough time as the children around me grew more and more distant because society had begun to teach us all about our “identity” and revealed all these new battle lines drawn between the east African tribes. Sadly, this reality extended when I went to study in Pretoria and my sense of belonging was further corroded by the extremely flavorful pot that is the country of South Africa.

Through all my experiences in these different countries, I had one consistent ideology. Despite our divergences as Africans, the one thing I truly believed was that we all share human blood. Despite our cultural, racial, tribal, intrinsic or imagined variances, that we all breathe the same air, and we all require nourishment to live life. Nigerians require jollof and pounded yam to survive. Kenyans can’t live without Githeri. Tanzanians need Chapati and Ugandans flourish on Matoke. In the end food is food and we all need it. We all inherently have a deep desire to thrive and prosper. Due to this, despite the confusion I went through or the abrasive experiences as being the Ugandan-Kenyan-South African, I took pride in my diversified African portfolio and for the hard-won peace that I fought for despite the confusion I went through in my younger years. My discovered path taught me that my identity was rooted in a much deeper place. Much deeper than my culture, my tribe, my skin colour or my thick, plosive east-african accent. My identity is a kaleidoscope of experiences, beliefs and insightful revelation that I had come to find meaning in. I realized that my identity was also not my career choices either. My identity was much more than what myself or others thought it was. Well Who am I? For now, I am the product of miracles and experiences till this point and my purpose in life is to use my talents, abilities and resources to make the world a better place for all who have the grace of coinciding with me in this journey called life. The rest, I am still figuring out.

My question is, who are you?

Life Lessons From An Actor

The Grane Lux Community welcomes voices from diverse spheres to share their stories whether it’s through their writings, vlogs, videos etc. The contributors meet our guidelines prior to being published. However, the range of opinions may not necessarily reflect our own.

Don’t forget to comment, we love to hear from you.

We are a resource hub providing tools, ideas and inspirations to empower you to live a life that is more fulfilling and impactful. We created a platform for those whose curiosity has opened a space for empathy, growth, compassion and ultimately love because we understand the desire to live a life that matters.

Menu
Select the fields to be shown. Others will be hidden. Drag and drop to rearrange the order.
Click outside to hide the compare bar
Compare
Wishlist 0
Open wishlist page Continue shopping